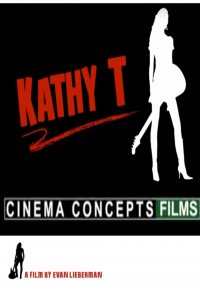 In the harsh light of a college media center is a line of graffiti that will change the life of a young college student. Meet Alex, a quirky musician/songwriter, poli-sci-literature student and virgin. He is talented but not passionate about anything; a man far from the spotlight. His lack-luster love life is magnified by his obsessively sexual roommate, which pushes Alex on a quest he normally would never entertain. There...written on the media center study carrel is "Kathy T Gives Good Hoover," and from this moment he is haunted by the subject of the graffiti. Driven to some clever detective work, Alex finds himself on the trail of the infamous Kathy T, who in reality has a bigger secret to keep. Alex discovers Kathy Tarver who by day is part of the wealthy, uptight and snobbish Sorority culture, but at night disappears into the alternative grungy world of rock 'n' roll nightclubs. Two lives, two sets of friends; both of which would never stand for the other. Alex is on a mission ...