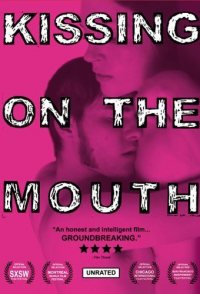 Raw. Honest. Naked. "Kissing on the Mouth" is post-college life in close-up. Ellen is sleeping with her ex-boyfriend while trying to ignore the fact that he's looking for more than just sex. Her roommate, Patrick, isn't helping matters with his secretive and jealous behavior. The small cast served as the only crew on this intimate and humorous film featuring real interviews with recent college graduates and a documentary approach to the graphic sex and conversations.