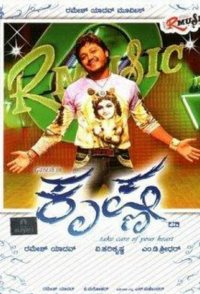 Krishna is an Anchor for a popular Television show. He's a paying guest at the house of Krishnakumar whose daughter Pooja is secretly in love with him though she pretends to dislike him. When Pooja confesses her love to Krishna, he informs her of his background when he was a regular nobody and was deeply in love with Anjali whose entire family was poverty stricken and Krishna helped them out wherever and whenever he could. Anjali loved Krishna as well and everyone including Krishna assumes that Krishna will end up with Anjali. However, when one of Anjali's wealthy relatives arrived and asked her to marry him so that he can help her study medicine which is her dream, Anjali agreed and broke up with Krishna. A heartbroken Krishna came to Bangalore unable to bear the sorrow. Pooja however is confident that she will win Krishna's love. But, Anjali comes back into Krishna's life when her fiancé ditched her. She is now penniless and Krishna helps her out by getting her a medical seat and ...