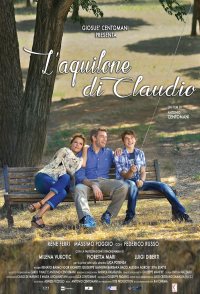 Andrea, a nurse at the Civil Hospital, is married to Marina, a former model and owner of a casting agency. Their life is peaceful and calm. They have a son, Claudio, who shares a passion for kites with his father. In their free time, in the park, Andrea and Claudio challenge each other by flying kites until, one day, a simple dizzy spell reveals itself to be the first sign of serious illness in the child. Years pass, marked by one medical exam after another, in hospitals and doctors' offices, without ever coming to a precise diagnosis. Meanwhile the symptoms of the mysterious disease are becoming clearer in Claudio who, now a teenager, is no longer autonomous. Claudio has always been in love with Gloria, a childhood friend, but did not have the courage to tell her, held back by his insecurity, until one evening, on the occasion of his birthday, Gloria takes the first step because she has always been in love with him too. Meanwhile various stories of everyday life are entwined: Marta, ...