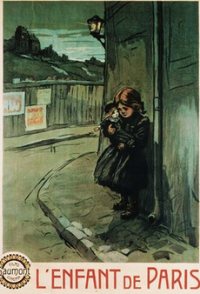 A series of misfortunes befalls young Marie-Laure. Her army captain father goes missing in action, her mother dies of grief, her guardian is called away to war and she is sent to a harsh boarding school. She runs away and is kidnapped by Le Bachelier, a Parisian lowlife. Left to be treated as a slave in the house of a drunken cobbler, she's befriended by Bosco, the cobbler's teenage hunchback employee. Then her father returns unexpectedly, and Le Bachelier extracts a ransom with no intention of setting the girl free. With the police closing in, he flees with Marie-Laure to Nice, but kind-hearted Bosco sets off in pursuit