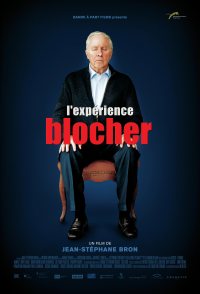 The story of Switzerland's most controversial political leader. It also chronicles the face-to-face encounter between a filmmaker and a man of power, through a year of exclusive, up-close interviews and access to his private life. Fall 2011. Christoph Blocher is on the campaign trail, working toward a victory for his rightwing, nationalist SVP party that will ultimately win nearly a third of the votes. His car offers an unrivaled vantage point for the filmmaker, enabling him to tell the story from the inside, and in the first person. On the road, the film unravels the threads of Blocher's life - his triumphs, his methods, his secrets. How did an impoverished pastor's son became a successful businessman with a colossal fortune, and one of the most powerful men in Switzerland? A political parable and reflection on a country, the film traces the portrait of a man who has radically transformed politics in Switzerland, Moreover, the film captures the mood of a period when, all over ...