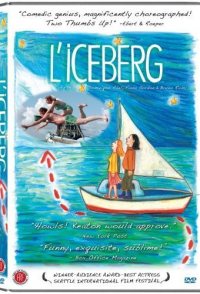 Fiona, Julien and their two clone-like children live a life appropriate to the robots they have become, in a style-less, cheerless suburb somewhere in the flatlands of French-speaking Europe. Even the simple act of buttering and eating a roll takes on the appearance of an assembly line. When Fiona, who manages a fast-food restaurant, accidentally locks herself in the restaurant's walk-in freezer overnight, her family doesn't even miss her. She realizes how pointless her life has become and runs away; to seek happiness, put her life right again and perhaps to visit the icebergs with which she begins an obsession. On a bus trip to nowhere, she becomes friendly with an older lady, Fernande, who offers Fiona a place to stay and diversion in her seaside community. There, Fiona becomes attracted to René, who owns a small sailboat, and has been a deaf-mute since a fire in which his parents died. In time, the pair embark on a sailing voyage, unknowingly pursued by the persistent Julien, who ...