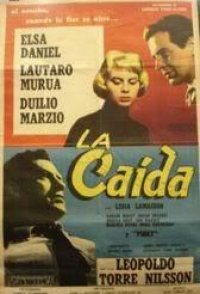 Albertina, a pretty but wet university student, is hired by a bedridden widow to take care of her and her four children. Helping out around the house she soon discovers the kids live a life of their own, independent of their mother, who neglects them. The atmosphere of the place is both fascinating and unhealthy and Albertina gradually finds herself stuck in it so that although a young lawyer falls for her, she won't follow him out of the house...