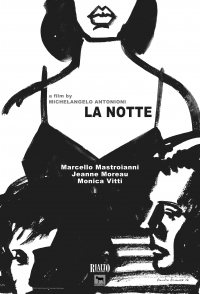 In Milan, after visiting dear friend Tommaso Garani that is terminal in a hospital, the writer Giovanni Pontano goes to a party for the release of his last book, and his wife Lidia Pontano visits the place where she lived many years ago. In the night, they go to a night-club, and later to a party in the mansion of the tycoon Mr. Gherardini. Along the night, Giovanni flirts with Valentina Gherardini, the daughter of the host, and then he receives a proposal to work for him in the area of communication and write the history of his company. Meanwhile, Lidia flirts with the playboy Roberto.