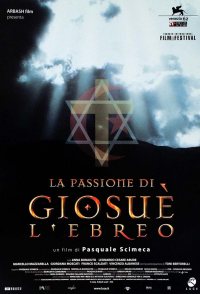 In 15th century Spain all Jews and Muslims were ordered out of the country by Queen Isabella. Young Joshua and his family flee the country with other exiles, and eventually settle in Italy. Joshua grows into a man and becomes fascinated with Catholicism and is soon declared the next messiah by an elder. He embraces the role, much to the dismay of local religious leaders. This thoughtful and reverent religious drama explores the nature of prejudice and intolerance.