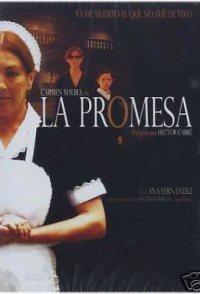 After killing her abusive and unfaithful husband, the religious and schizophrenic housewife Gregoria leaves Madrid and travels to Galicia to visit a church where a stranger told her that everyone should go, dead or alive. When Gregoria arrives, she saves the life of the boy Daniel and his mother Dorita in gratitude invites her to have lunch at her house. Gregoria changes her name to Celia and accepts to work as nanny and chambermaid for Dorita and her dysfunctional husband Leandro. The violent behavior of Leandro triggers an insanity process in the delusional Celia, who is haunted by demons and ghosts while trying to protect Daniel from the evilness of his parents.