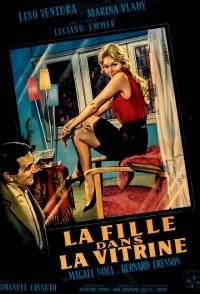 A romantic drama partially set in Amsterdam, the story starts out in a mining area in Holland where conditions are about as rough as they get. Two of the miners, Italians Federico (Lino Ventura) and Vincenzo (Bernard Fresson) take off together for the city's red-light district, where the women pose in windows for prospective customers. There, the duo meets Else (Marina Vlady) and Carrel (Magali Noel) who are willing to leave their windows to spend a weekend at a resort with the two men. Soon Else falls in love with Vincenzo and the future of the two hookers, as well as of the miners, seems to look brighter.