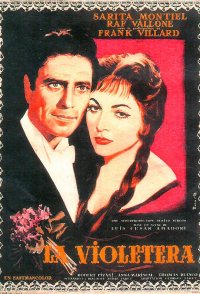 On New Year's Eve 1899, Soledad is peddling violets in a Madrid busy street when she meets aristocrat Fernando. The couple falls in love but their different social backgrounds threatens the relationship. Fernando is under constant pressure from his older brother Alfonso who reminds him of his duties including his engagement to Magdalena, a countess. Disregarding all social conventions and scandalizing high society, Fernando sets up Soledad in a plush apartment and announces their marriage plans. Alfonso gets killed in a duel trying to save the family honor. Fernando, feeling devastated and guilty by his brother's death, decides to put an end to the affair. Heartbroken, Soledad runs away and ends up singing for a living at Salon Bolero . There she meets Henri, a French promoter who offers to make her a singing star. Meanwhile, Fernando realizes that he cannot live without Soledad and tries to find her but, by then, she has gone to Paris. Soledad conquers France and becomes a stage ...