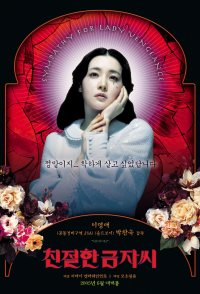 Wrongfully accused of child abduction and murder, the angelic-faced single mother, Lee Geum-ja, is released from prison after thirteen long years. Hell-bent on taking her sweet revenge on the man behind the hideous crime, Lee hatches an infallible plan of retribution with the help of her cellmates; however, planning is easier than doing. Now--as Lee Geum-ja struggles to make amends with the daughter she was forced to give up--at the same time, she finds herself torn between her insatiable thirst for vengeance and the desperate need for atonement. Can she have both?