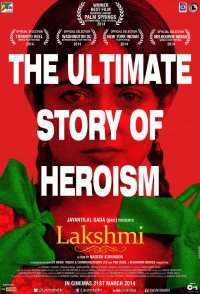 Based on true events, Lakshmi is a story of heroism and untold courage. Lakshmi, a 13 year old girl is kidnapped and sold into prostitution. Thrown into this horrific, inhuman world where she is raped and brutally beaten she barely survives with the help of the other girls and her own will to never give in. Finally she is rescued in a police raid. Against all odds, Lakshmi shows courage where everybody else fails. Resisting all pressure - violent threats, coercion and bribes, she stands up in court and in a landmark case in India, succeeds in putting the traffickers behind bars.