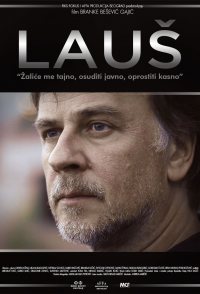 "Laus" is a documentary-narrative film which looks at real events and personal phenomena of artist Zarko Lausevic. "Laus" above all tells a story of an evil time we've all been through, represents both sides and is made with empathy and respect towards everyone involved in the tragic incident. Through recreations, narration, memories of colleagues and quotes from the book "A Year Passes, a Day Will Never Pass" which the artist wrote during the hardest stage of his life, the weight of his fate is presented. The aim of this project is to portray the life of brilliant actor, who in the midst of great fame, disappeared from the scene through the cruelty of dubious times.