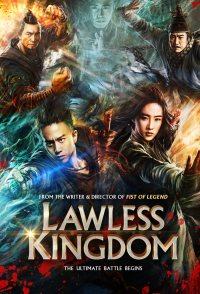 Four detectives (Emotionless, Iron Hands, Life Snatcher, and Coldblood), each uniquely skilled with their own individual superpowers, are sent to investigate a murder outside the city. During the investigation, they unexpectedly stumble across clues to an unsolved murder from 12 years previous that hits close to home for one of them. Suddenly, the investigation becomes all too personal, and the detectives must put their lives on the line to solve this crime!