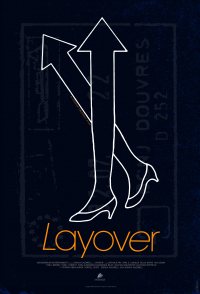 Simone, a cynical, young Parisian on her way to Singapore to get married, is forced to spend the night in Los Angeles when her connecting flight is canceled. After contacting Juliette, an old friend with marital issues, the two head out for a night of fun with some of Juliette's friends. When Juliette leaves the club with a stranger, Simone finds herself alone, downtown with no ride. The arrival of a handsome and mysterious motorcyclist changes everything. With his help, Simone navigates her way through the Los Angeles night-life of after-parties, beautiful people and endless lights. Over the course of her adventure, Simone begins to question whether or not the life she is leading is the one she actually wants. Will she make her connection?