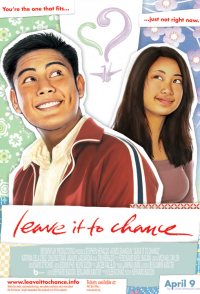 Charlie Vallejo is a mild-mannered, 20 year old Filipino American, going through something that most college aged students often go through, a break in relationship. Almost like a black hole in dating, the breakee doesn't really know where the couple stands. Break, time-off, space, or whatever you call it, that's what Kailin Villa Cruz, tells Charlie she wants right now. So does Charlie just give up and move on? Well he goes hermit style for awhile, but his life is reawakened when he goes back to his hometown, Sunnyvale, for Christmas break and finds his best friend, Lewis Tran, at his door. The Vietnamese kid with a plan for every situation doesn't make any exceptions here, as he tells Charlie that it's time to go. Parties, poker, basketball, and just kickin' it with the crew get Charlie back into gear. In comes Jesse De Los Santos, a girl that Lewis refers to as, hot sizzle. This isn't your everyday girl next door. She knows what she wants and right now, that's Charlie. At the same ...