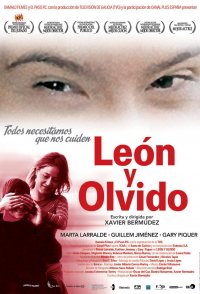 León y Olvido recounts the cohabitation problems and the complicated relationship between León, a young man with Down 's syndrome, and his twin sister Olvido who, since the death of their parents, has to take care of her brother after he has been expelled from several centers. León finally manages to go to live with his sister, but he finds difficulties in looking after himself and in assuming a minimum of responsibility. As far as Olvido is concerned, she does not want to lose her independence by fully devoting her life to taking care of her brother. Amidst this hard bargaining, León, under pressure from his sister's brusque attitude, will begin to accept and take up new tasks and roles at home and to assume different degrees of responsibility. The lack of social assistance, economic precariousness, and Olvido's personal and job-related changes spark a number of difficult situations and moments and are the leitmotiv of the lives of these young siblings.