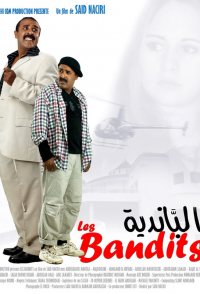 The film is about a very wealthy family in Casablanca whose eldest son migrated to America because of a dispute with his father. But since that time, he has no longer been hear off. The family servant decided after the death of the mother and the father to free the immigrant sister from her grief over her brother. In poor neighborhood he found a man looks exactly like the disappeared brother. He asked him to play the role of the disappeared in order to rid the girl of her grief and seize the money of the large company owned by the family.