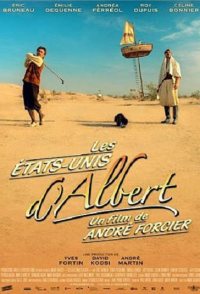 Albert Renaud, a young Quebec actor with aspirations to become the next Rudolph Valentino, sets off by train for Hollywood with a letter of recommendation from his drama teacher who is Mary Pickford's aunt. Along the way he meets a succession of bizarre characters ... a militant feminist Mormon who believes in polyandry (Émilie Dequenne), a womanizing golfer who plays in the Californian desert with ambergris-scented golf balls(Roy Dupuis), and a man called Noah who is trying to break a record by perching on a boat on top of a pole.