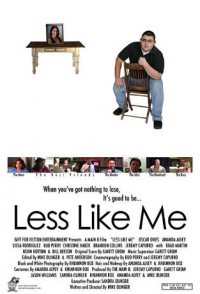 Aside from a case of obsessive compulsive hypochondria, Jeff is a fairly ordinary college student leading a fairly ordinary life, except that he isn't exactly leading it on his own terms. Prone to doing whatever anyone tells him to do, Jeff is living his life for everyone but himself, letting his friends and bosses (one the owner of a local coffee shop, the other the editor of a low rent rag newspaper) dictate his life for him. But when three things happen at once that put Jeff up against his principles, his fears, and the very future of his romantic life, its up to him to turn himself around, assert himself against those people who need to be put in their place, conquer his fears in a local poetry competition and finally go after the girl of his dreams.