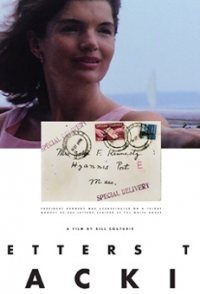 When President John F. Kennedy was assassinated in 1963, the world came to a crashing halt as the nation grieved for its leader whose promise of a brighter future was cut tragically short. During this time the president's widow, Jacqueline Kennedy, received thousands of letters from the public offering their heartfelt condolences. This touching film focuses on these deeply personal letters that flooded in from all over the country to comfort a woman they greatly admired who was not just the fashionable First Lady, but also a wife and a mother. Set against a treasure trove of archival footage taken during the Kennedy era, the moving letters are read by twenty of today's top actors.

Where to Invade Next
Total votes: 23,228
Average rating: 7.5
Switch to mobile version