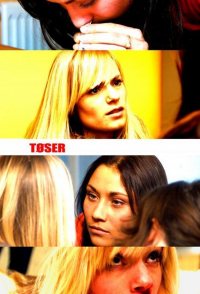 Christina is living in a suburb to Copenhagen. With her class mates Cecilie, Trine and Pernille, a tight-knit gang of girlfriends, she slacks her schoolwork, living mostly for the weekends of gate crashing, getting drunk, experimenting with drugs and scoring guys. But her world is turned upside down when Cecilie's boyfriend Shaid starts hitting on her, and Cecilie mistakenly believes the two of them are making out. Cecilie takes offense at Christina and the other girls turn furious. Suddenly Christina is on the receiving end of the girls' wrath, being bullied. Quickly things are getting out of hand and suddenly everything is too late!