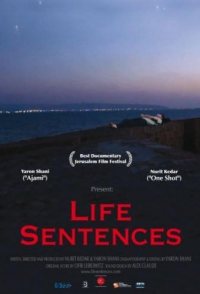 An Arab man marries a Jewish woman. They give birth to a girl and a boy and live in quiet harmony within the Arab-Jewish community. Nobody realizes that behind dozens of mysterious terror attacks which shake the State of Israel in the late 1960s stands no other than the Arab father. When he is caught, his Jewish wife and kids become "the family members of an Arab terrorist." The mother decides to flee the country with her kids to the other side of the world and settle in the heart of Montreal's ultra-orthodox Jewish community. No one suspects the real identity of the boy and the girl who study alongside other religious Jewish kids. When they grow up, the two will take opposite paths - she will become an ultra-orthodox Jew, he will fall in love and marry his Muslim cousin. Mommy-Nimer-Shlomo-Solomon-Ahmed-Pinto is the lonely boy who has lived in many worlds, spoken many languages, and had many names. His embrace of humanity through compassion could only be produced by this unbelievable...