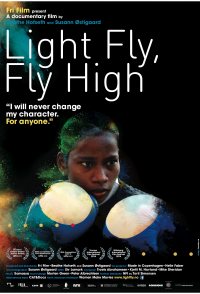 As a young Indian girl born outside caste, Thulasi's life is in many ways pre-determined. She is expected to get married when her parents tell her to and accept her place at the very bottom of the ladder. But Thulasi dreams of a different life. She doesn't want a husband. She wants be free, and enters the boxing ring to fight for independence. Through a sports program, young athletes in India can be recruited for government jobs within the police or railways. Thulasi's talent is unquestionable. She has an impressive track record, but after ten years she is still stuck at the bottom. Because of her background, she has not been given the opportunities she deserves and it's primarily the head of the boxing association, who's standing between Thulasi and her dream. He's a powerful man, selecting the girls for competitions and recommending them for jobs, but he expects something in return. Thulasi is depending on his help, but she has no money and she refuses to be exploited. As Thulasi is...