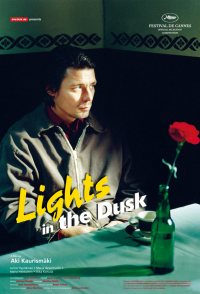 Koistinen is a sad sack, a man without affect or friends. He's a night-watchman in Helsinki with ideas of starting his own business, but nothing to go with those intentions. He sometimes talks a bit with a woman who runs a snack trailer near his work. Out of the blue, a young sophisticated blonde woman attaches herself to Koistinen. He thinks of her as his girlfriend, he takes her on her rounds. She's in league with a crook who's planning a jewel robbery, and Koistinen is their patsy. Will he ever wise up?