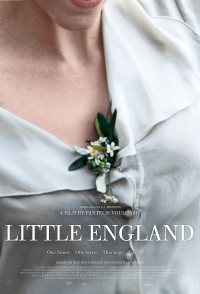 One home, one secret, one man, two sisters. The 20 year old Orsa is madly in love with the lieutenant Spyros Maltabes. As a closed character she won't reveal her secret to anyone. Her little sister, Moscha, dynamic and full of dreams wants to leave Andros, to escape the fate of the women of the island that marry sailors that are always away or drown at the sea. For their mother, Mina, wife of a captain who prefers the Atlantic Souf than his home, love means only big trouble and pain. Leaving aside the feelings of her daughters, she conspires, uses acquaintances, and marries them with men according to interest. Orsa with marine and captain Nikos and later Moscha with now captain Spyros. Their house is divided into two. Down lives Orsa, up lives Moscha.