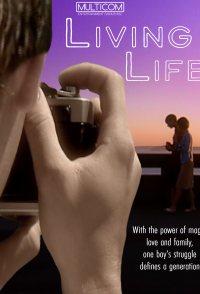 Jason Miller was a normal seventeen-year-old boy. He had a beautiful girlfriend, a great best friend and his whole life in front of him. At least he thought so! After weeks of experiencing stomach pain he develops serious symptoms. His parents take him to the doctor where he is diagnosed with a rare form of cancer. His life is turned upside down. Jason is faced with many questions. "What do you do if you only have months to live?", "Who do I tell?", "Have I made a difference?". Jason is re-introduced to his grandfather, William, who he hasn't seen in eight years. William wants to get to know his grandson Jason and make things right with Jason's dad, Peter, who despises William, his father, and hates the idea of Jason being with him. William uses magic to connect with his grandson Jason and begins to teach him some of his old tricks. Together they get the idea to perform magic for the young children at Jason's hospital. With the power of magic, love and family, one boy's struggle ...