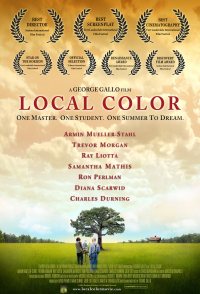 A successful artist looks back with loving memories on the summer of his defining year, 1974. A talented but troubled 18-year-old aspiring artist befriends a brilliant elderly alcoholic painter who has turned his back on not only art but life. The two form what appears to be at first a tenuous relationship. The kid wants to learn all the secrets the master has locked away inside his head and heart. Time has not been kind to the old master. His life appears pointless to him until the kid rekindles his interest in his work and ultimately gives him the will to live. Together, they give one another a priceless gift. The kid learns to see the world through the master's eyes. And the master learns to see life through the eyes of innocence again. This story is based on a real life experience.