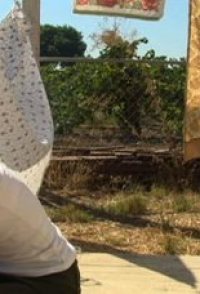 When Anna returns to her childhood country home in Locke following her father's death, she finds herself unable to let go of the abuse her father inflicted on her as a child. Left even more vulnerable after being kicked out by her boyfriend, George, the triggers of Anna's childhood issues intensify when she is sexually accosted by her sister's fiancé during what is supposed to be a weekend celebration. Anna and her sister, Mia, have never seen eye to eye on their past. But Anna decides to make the best of it when Mia and Mia's fiancé, Eric, arrive at the country home to celebrate their engagement, along with Mia's best friend, Kate, and Kate's husband, Rhys. Despite Anna's best efforts, the celebration takes a backseat to a weekend of drama in dealing with unresolved childhood and romantic relationship issues. Between Eric's unwanted sexual advances, George's uninvited arrival, and Mia's continual denial and superiority, Anna is left feeling desperate and pressured into telling the ...