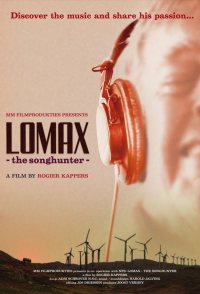 Alan Lomax (1915-2002) devoted his life to recording the world's folk tunes before they would permanently disappear with the rise of the modern music industry. In LOMAX THE SONGHUNTER filmmaker Rogier Kappers follows the route that Lomax took across America and beyond its borders-traveling to remote villages in Spain and Italy, hearing memories and music from the farmers, shepherds and weavers whose songs Lomax recorded decades earlier. The film also tells Lomax's story by interviewing friends such as Pete Seeger, using archival recordings of music greats Woody Guthrie and Leadbelly, and gathering footage of the cotton fields, rock quarries and prisons where Alan Lomax captured America's quintessential music.

The King of Kong: A Fistful of Quarters
Total votes: 34,496
Average rating: 8.1
Switch to mobile version