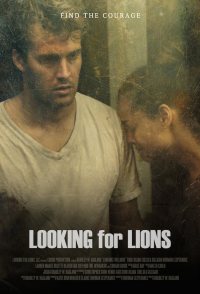 Looking for Lions is the story of Ray and Mia, two young lovers struggling to get by, living at his cousin's place, while working minimum wage jobs. When Ray lands a high-paying job as a courier for a private company, it looks like their problems are finally behind them, but instead they are plunged into a dangerous and clandestine world of illicit activity. Emmett Dawes has always been a reliable worker, a good friend and a devoted husband, but when his wife falls ill with heart disease, his world is turned upside down. Between nursing his wife through her final days, support groups and working to pay off massive medical bills, every day is struggle. At the end of his rope, Emmett is shown an opportunity to save his wife and he is just desperate enough to take it. His last ditch effort sends Mia and Ray on a harrowing job that will put their love to the ultimate test and leave them changed forever.