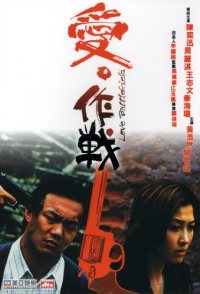 Yui and Ching are heading for holiday. But on the day they depart, Yui's car is stolen, sparking off a quarrel between the two which results in separation. Yui is left alone to travel to the airport. But he then discovers his stolen car in which a bandit named Wah is hiding himself. Knowing that Yui works as a nurse, Wah threatens Yui to treat his injured partner. However, the injured partner dies during the operation. Furious, Wah vows to burn Yui to death.