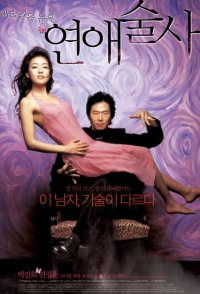 The story is of a playboy who has, through an unavoidable circumstance, run into a woman from his past. Woo Ji Hoon makes a living as a magician and nothing is easier for him than attracting beautiful women. He has an irresistible charm that draws all females to his side like a magnet - all but one, the charming teacher Koo Hee Won. Ji Hoon tried to make her his latest love possession but was bluntly turned down. As luck would have it both Hee Won and Ji Hoon can't resist the temptation of arranging a blind date on the Internet setting in motion a firework of hilarious consequences.