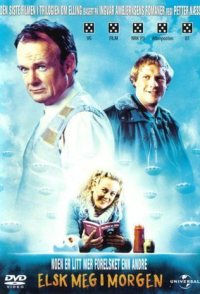 Three years have passed since Elling moved to town together with Kjell Bjarne, his roommate from the institution at Brøynes. Elling now lives on his own in the apartment. Kjell Bjarne has moved up one floor, to Reidun and her little daughter Mojo. Elling feels like an outsider, and he isolates himself more and more. He observes humankind with astonishment, and wonders at how everyone else seems to be adjusting so well. Finally, Kjell Bjarne takes care of the situation. Elling protests, but he is still pretty happy as he is transformed into a new man, clean, fully rested and well dressed. Deep inside, he also knows what's lacking, and one evening he finally finds the woman he knows is able to fill the void in his life. He's willing to do anything to win her trust and conquer her love. But when he is invited home to his new girlfriend for dinner, a few objections appear to Elling, and the story doesn't end quite the way he had thought it would.