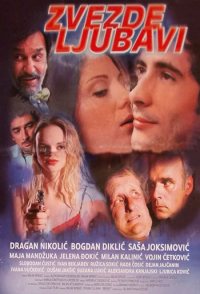 "Love Stars" is a film about loneliness, growing up and search for love. Laza is a romantic 20 year-old, who after being isolated a long time, comes to the city. There he gets to know a group of young voyeurs, led by a 50 year-old, with classy attitude and manners (THE COUNT). Laza joins them and during the course of film that simple group of voyeurs becomes a witness of the whole state of spirit dominating in our everyday life. By the irony of fate, on the end Laza's dreams still come through.