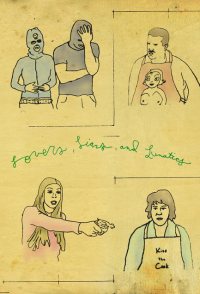 In this convoluted story of lust, deception and accidental murder, Paddy Raye is the owner of a small Los Angeles appliance store whom is also a domineering and philandering patriarch who deals with his neurotic wife Elaine, their punk wannabe teenage son Gunner, and their sexually ambiguous older son Julian. Paddy is having an affair with his slutty, but cunning, young secretary Gloria. When Gloria finds out the Raynes will be out of town for the weekend, she enlists the help of her not-so-bright brother, Louis, and his ditsy girlfriend, Justine, to break into the empty house and steal the payroll money Paddy takes home on the weekends. But Louis and Justine get more than they bargained for when they find the house not empty -- and find themselves trapped in the middle of a full-scale family squabble with no means of escape, except to administer a little "tough love" family therapy.