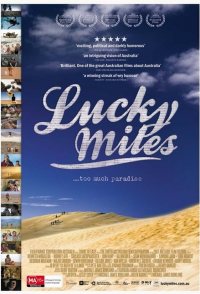 An Indonesian fishing boat abandons a group of Iraqi and Cambodian men on a remote part of the Western Australian coast. Told there is a bus over the dunes, the men are abandoned to a desert the size of Poland. While most are quickly rounded up, three men with little in common but their history of misfortune elude capture and begin an epic but confused journey drawn on by their hopes amplified by the empty desert. Pursued by an army reservist unit more concerned with playing ball sports and music, our three protagonists wander deeper into trouble, searching desperately among the harsh beauty of the Pilbara for evidence of a western, liberal democracy. Or the promised bus.