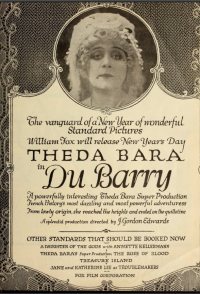 Jeanette (Theda Bara), unknown in Paris but of great beauty and wit, attracts the attention of Louis XV (Charles Clary) who expresses a desire to meet her to Jean Du Barry (Herschel Mayall). This gentleman takes her in hand, marries her to one of his fat and ungainly cousins merely to gain her the power of a Madame and presents her at court. She at once is the King's favorite. Her love for wealth and her easily satisfied vanity bring her into high favor with the court. Her meeting with Cosse-Brissac (Fred Church) of the King's Guard brings something new into her life--love. So secretly she carries on an affair with him, hoodwinking the king despite Jean Du Barry'es efforts to have her hypocrisy brought to his lord's attention. On the contrary due to his constant interference, he is banished from the court. With Louis' death, Madame Du Barry and Brissac are unmolested until the outbreak of the French Revolution. Du Barry joins them and incites the mob to arrest Madame Du Barry. In the ...