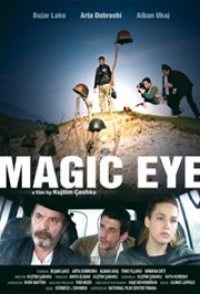 During the riots of 1997 in Albania the retired photographer PETRO travels from his hometown Gjirokastra to the capital Tirana. He has taken pictures of a killing with his Super-8-camera and wants to get the film developed. Petro doesn't know that he shot material that shows how a TV-camera causes the death of a man and his granddaughter in order to get a good story. Unfortunately Petro meets this cameraman - BERTI - on the trip to Tirana. When the film is finally developed Petro gets to know the truth - and he knows his life is in danger! After many adventures on the road he tries at last to present the film to the public. But he must realize that the material was stolen. So only Petro knows the truth while the media spread lies about the deaths of Girokastra...