Magic in the Moonlight ratings (Movie, 2014) 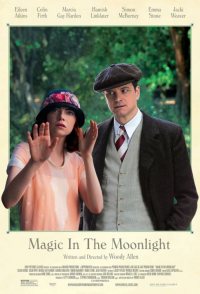 Wei Ling Soo, a.k.a. Stanley Crawford (Colin Firth) is a magician who has dedicated his life to revealing fraudulent spiritualists. He plans to quickly uncover the truth behind celebrated spiritualist Sophie Baker (Emma Stone) and her scheming mother (Marcia Gay Harden). However, the more time he spends with her, he starts thinking that she might actually be able to communicate with the other world, but even worse, he might be falling in love with her.