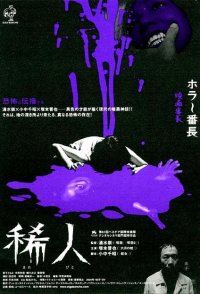 In Tokyo, the freelance cameraman Takuyoshi Masuoka is obsessed investigating the fear sensation near death. When he photographs a man stabbing himself in the eye in the access to the subway, he seeks what the suicidal man might have seen to experiment the same sense of horror the man felt when he died. He finds a passage to the Tokyo underground where he meets a mysterious naked woman that does not speak, who he calls her F. He brings F to his place and he tries to feed her, until he discovers that she drinks blood. Masuika becomes a serial killer draining the blood of his victims to nurse F.

The Chronicles of Narnia: The Lion, the Witch and the Wardrobe
Total votes: 360,968
Average rating: 6.9