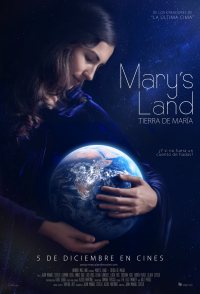 Once upon a time, there was God. And that's the end of the story. Goodbye, Our Father. Farewell forever, heavenly beings. If we don't see you, we don't believe in you. We've chosen to live as if you didn't exist. However... millions of people keep speaking with Jesus Christ, whom they call "Brother." And with the Virgin Mary, whom they call "Mother." They believe we are all God's children and thus call him "Father." The Devil's Advocate receives a new mission: to fearlessly investigate those who still trust Heaven's formulas. Are they swindlers? Swindled? If he discovers that their beliefs are bogus, our lives will remain the same. But... what if they're not a fairy tale?