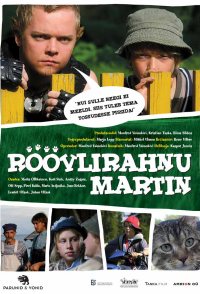 Martin is 10 years old and lives with his single mother. After moving to the countryside, he runs into trouble at school. The girl he likes, Marta, seems to fancy the bully Kevin, the only son of a single businesswoman. Everything changes when a cat follows Martin to his hideout. Despite his less than average appearance, the cat has the incredible ability to turn into a half-wizard called Nitram. Together they experience friendship and solve the everyday problems that only a ten-year-old boy can have.