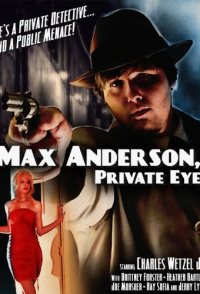 Max Anderson (Charles Wetzel Jr.) is 26 years old. He's got a crappy job and he's screwing up his relationship with his girlfriend, Kristin (Brittney Forster). When she finally dumps him, he takes drastic action to prove to her that he's not the loser everyone thinks he is. Inspired by a movie on TV, he becomes a private detective straight out of a 1940's film noir. But he soon gets into trouble with the police and the mafia, run by the fearsome mob boss Mr. Torelli (Jerry Lynch). And things get even worse when the mobsters kidnap Kristin! Also starring Joe Morsher, Heather Bartlett and Ray Sofia. Written and directed by Michael DeSanto.