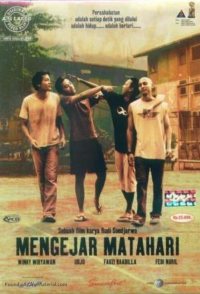 During their childhood, Ardi, Nino, Apin, and Damar, are the best of friends. The film is narrated from Ardi's point of view. The friends become witnesses for the trial of Obet, a local thug, who is eventually sent to prison. The case would change the course of their future. When they are in high school, Rara, an orphan girl, enters their lives and captivates both Ardi and Damar. Her presence strains their long friendship. One day, the clash between Damar and Ardi leads to a physical confrontation. Things get more complicated when Obet is released from prison and returns for revenge. Obet battles them and this leads to the death of Apin. Damar, the most hotheaded of the four then kills Obet. For this, he goes to prison.