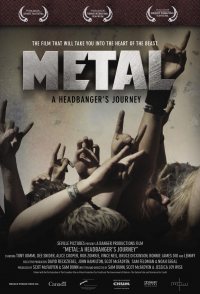 Sam Dunn is a 30-year old anthropologist who wrote his graduate thesis on the plight of Guatemalan refugees. Recenly he has decided to study the plight of a different culture, one he has been a part of since he was a 12-year old: the culture of heavy metal. Sam sets out on a global journey to find out why this music has been consistently stereotyped, dismissed and condemned and yet is loved so passionately by its millions of fans. Along the way, Sam explores metals' obsession with some of life's most provacative subjects - sexuality, religion, violence and death - and discovers some things about the culture that even he can't defend. Shot on location in the UK, Germany, Norway, Canada and the US, this documentary is the first of its kind. It is both a defense of a long-misunderstood art form and a window for the outsider into the spectacle that is heavy metal.