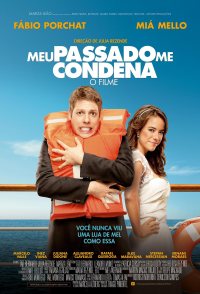 The immature and cheap douche bag Fábio Clóvis marries the pseudo-intellectual Miá and they travel in a cruise to Europe on board of a fancy passenger vessel. Fabio and Miá are invited to have dinner with the wealthy Beto Assunção and his gorgeous wife Laura in a VIP restaurant on the vessel. Soon Fábio discovers that Beto was Miá's boyfriend and Miá learns that Fábio had a crush on Laura that was his classmate. Meanwhile the cynical chamber maid Suzana Mello and her estranged husband, the entertainer Wilson, make a bet that Fábio and Miá will split before the end of the trip and poison their relationship. When the ship arrives in Casablanca, Fábio meets his bothersome childhood friend Cabeça that affects their honeymoon.